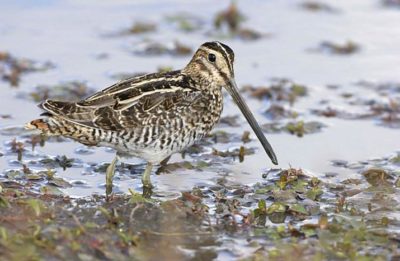 I led a Jay’s Bird Barn-sponsored bird walk to Watson Woods and Watson Lake this past Saturday. Before meeting up with the group, I spent some time birding at the wastewater treatment plant on Sundog Ranch Road, south of Prescott Lakes Parkway.

My birding efforts Saturday morning resulted in seeing more than 50 species! Interestingly, some areas were pretty devoid of birds and other areas seemed to be simply alive with birds. Some of that could have been related to the time of day as well as the temperature.

Our bird walk started in Watson Woods, while it was still cool, and I felt this area was not birdy at all.

However, later that morning, when we got up onto the Peavine Trail, there was all kinds of bird activity.

Some of our discoveries included three American White Pelicans, two greater roadrunners, one northern mockingbird, and a partridge in a pear tree. Well, not really, but it sounded good!

There were a lot of geese, ducks, coots, grebes, and even some cormorants there, so we picked through all of the birds floating on the surface of the water — and constantly diving — and tried to identify each of the different species we observed. We also saw a greater yellowlegs (a type of sandpiper), a spotted sandpiper, and a Wilson’s snipe.

A lot of people think of snipes as being a mythical bird. But, in reality, it is a real species. I can remember years ago, when I was a Scoutmaster, one of the rites of passage for new Scouts coming into the troop was to go snipe hunting.

We would be on a campout somewhere and we’d run through the surrounding forested habitat with a bag in one hand and a flashlight in the other as we ‘hunted’ for snipe.

The older scouts and leaders would add a lot of hype to the activity, yelling things like, “I just saw one!.” or “One just got away from me!” to continue to engage the interest of the younger Scouts.

Of course, we never saw one, and we certainly didn’t catch any.

Snipes are very secretive, and are usually found in the margins of shallow water, edges of lakes, small streams and marshy habitats. However, the one we saw this past Saturday was right out in the open — which afforded everyone with a good look.

The water levels at both Willow and Watson Lakes are dropping quickly, which is unfortunate, as this is the time of year when thousands of migratory birds arrive with the intention of wintering over at our lakes. Unless we get a substantial amount of rain very soon, we will probably have far fewer water birds this winter.

There are areas at Willow Lake right now where the water level has gotten so low, that some of the bays are no longer connected to the main body of the lake. These shrinking pools have trapped countless fish that cannot escape.

These shrinking pools remind me of being in the Pantanal region of Brazil during the dry season. The shrinking pools of water were ringed with hundreds of Caimans, along with a number of herons, egrets and storks that were taking advantage of a captive food source that had no way to escape.

As a reminder, our 12th annual Wild Bird Photography Contest exhibit is open to the public. I invite you to come by the store to look at the display and vote for your favorite pictures.