Birding in Missouri – in spite of setbacks 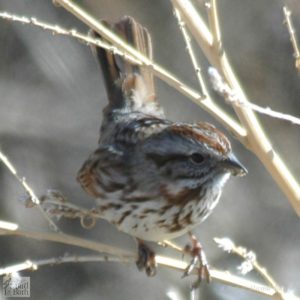 As mentioned in last week’s column, I was in Missouri again this past week for the second time in two months. When we arrived Wednesday, we had a few hours to kill before meeting up with our son, Jeremy, at Fort Leonard Wood.

I attempted to do some impromptu birding. I had tried to Google some birding destinations before our trip, but found it difficult to narrow in on specific places. As we were traveling southwest on I-44 outside of St. Louis, I saw a sign for a State Conservation Area, so I stopped.

There was a shooting and archery range and there was a whole heck of a lot of shooting happening. I approached a man to ask if there were some nature trails, and a good spot to go bird-watching. His reply took me aback: “The only birds I look at are the ones I am about to shoot.” Needless to say, he was less than helpful. In fact, he encouraged me to go elsewhere, which I did.

Continuing on the freeway, I saw a sign for a County Park, so I tried again. It ended up being more of a hiking expedition than a birding outing. It was pleasant; just not very birdy. I saw a lot of tufted titmice, and a lone cardinal, chickadee, flicker and nuthatch – but really nothing else.

Thursday morning I inquired at the front desk of the hotel if there were any good places to go birding. No one had any suggestions, but I was not to be deterred. I headed out, determined to find my own place to go birding. And I did! And it was close, very close. In fact, I clocked the distance back to the hotel and it was six-tenths of a mile! I find it fascinating that people can be surrounded by an abundance of nature, and not be aware of its presence.

I had a delightful morning birding and saw hundreds of birds, including flocks of cedar waxwings, American robins, eastern bluebirds, dark-eyed juncos and a variety of sparrow species. It was like a sparrow workshop for me. I stalked them with patience and enjoyed some success identifying a number of them.

Sparrows are one of those species that tend to hunker down out of sight in the weeds, and when you get too close for their comfort, they quickly fly up and away before settling back down a great distance from where they began.

It can be very challenging to identify sparrows – not because of their field markings, but because it is often difficult to get a good look at them. I managed to identify eight different species including swamp sparrow, field sparrow, fox sparrow, savannah sparrow, song sparrow, chipping sparrow, house sparrow and the abundant white-throated sparrow.

The most amazing find of the day was not a new species, but a red-bellied woodpecker that did not have a beak to speak of. I have never seen a woodpecker without a beak! It obviously had some technique for harvesting food since it no longer had the ability to exfoliate the bark as it foraged for food.

Next week there is a free, guided bird walk, open to the public, sponsored by the Prescott Audubon Society. On Saturday, Nov. 27, at 8:30 a.m., meet at the Peavine Trail parking lot for a bird walk in Watson Woods. For more information, call Jay’s Bird Barn at 443-5900.