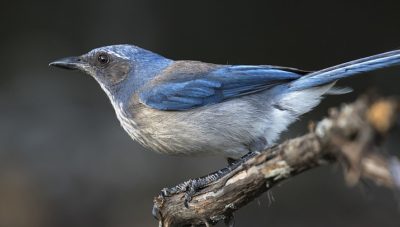 Several weeks ago I was asked if I would be willing to visit with the residents of a Homeowners Association here in Prescott to review what they had done to develop open space in their community to make it both wildlife friendly and user friendly for the residents.

This past Saturday I met with over twenty members of their community and we walked the trails they created (on their own) in the open space inside their HOA property.  I cannot express how impressed I was with the residents of this small HOA.  Their unity and efforts to create a system of trails was amazing!

I was invited to tour the property to critique what they had done and to provide suggestions on how they could make the area more bird-friendly.  To be honest with you, I had very few suggestions—they did such a good job.  My main suggestion was to eradicate non-native plants—especially Siberian elm trees which are very invasive.

I led a slow-paced nature walk that lasted over an hour and a half as we stopped frequently to listen to the birds, watch birds, and as we discussed the various habitats and the different kinds of vegetation found there.

The open space includes a riparian area with a seasonal creek that supports both ponderosa pine and cottonwood trees and is surrounded on either side by rocky hillsides with pinyons, junipers, scrub oak, mountain mahogany, Wright’s silk tassel and sumac.  It is an ideal location for a community nature trail.

In March of 2018 neighbors in the development got together and created a plan to build a series of trails throughout the open space allowing residents to hike, explore, spend time in nature, and the trails also provide a place where residents can walk their dogs.

The first of eleven trails opened in July of 2018 with a formal trail dedication event.  Since that time many other trails have been created in the open space allowing residents to explore more areas.

The nature trails were built at no expense to the property owners—all labor and tools were donated, and materials such as poles, posts, wood, concrete, brick, flagstone and trex decking was all donated by residents of the community.

Their goal, in developing the open space, was to have as little impact on the environment as possible and integrate the trails into the surrounding native landscape giving a feeling of being in nature with minimal impact on the ecosystem.

I was so impressed as I met with the property owners—I felt like an honored guest sharing in what they have created.  I was overwhelmed by the sense of unity and community as they shared a common goal to both conserve and convert open space into usable space.

During the nature walk we saw, and heard, a variety of birds including two types of hawks, a falcon, bushtits, bridled titmouse, Bewick’s wren, western bluebirds, American robins, Woodhouses’s scrub-jay, phainopepla, white-breasted nuthatch, house finch, dark-eyed juncos, white-crowned sparrows—just to name a few!  My favorite bird of the day was a light morph ferruginous hawk soaring overhead!  With the sun coming through its feathers it was absolutely beautiful.

I have specifically not mentioned the name of the small subdivision as it is private property and the trails are not open to the public—only to residents.  I feel this group of individuals sets the standard for other HOA’s where property owners can work together to accomplish a common goal to promote unity and utilize the open space they have to cater to both wildlife and residents.

Until next week, Happy Birding! Eric Moore is the owner of Jay’s Bird Barn, with two locations in northern Arizona – Prescott and Flagstaff. Eric has been an avid birder for over 50 years. If you have questions about wild birds that you would like discussed in future articles, email him at eric@jaysbirdbarn.com.