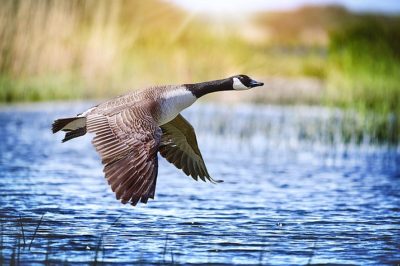 This past week I attended the Oasis Gift Show at the Phoenix Convention Center. As you might imagine, a trip to Phoenix was the perfect opportunity to do some bird watching — before and after the trade show.

Leaving Prescott before 5:30 in the morning, I headed directly for the Gilbert Water Ranch, which I wrote about in one of my columns just a few weeks ago. I planned my schedule to arrive right at sunrise to maximize my birding time!

The birding was awesome, as usual, both in terms of sheer numbers and in terms of varieties of birds observed. Some of the species I saw were peregrine falcon, roseate spoonbill, common gallinule, long-billed dowitcher, least sandpiper, American white pelican, black-crowned night heron and so much more.

In spite of seeing well over 50 species in just over two hours of birding, I was equally baffled by what I did not see. For example, I did not see a single great blue heron, great egret, lesser goldfinch or even a house finch! I often wonder how that happens, but it does.

After the trade show, I headed west on I-10, then north on Loop 101. Taking the Camelback exit, I went west until I hit 107th Avenue. At this point, I went north until the road dead-ended at the southwest corner of the Glendale Recharge Ponds. I then followed a dirt road east, probably a half mile to get to the entrance.

I’ve only visited this spot a few times prior to last week, and this time it was much different from previous visits. There was water in only one of the basins, and it was clear in the back of the property, requiring a lot of walking to get where the birds were concentrated. But, as it turned out, it was worth the walk.

The basin was filled with a variety of water birds, including some shorebirds and a lot of ducks. The ultimate find was three species of geese — Canada, cackling and greater white-fronted. Both the cackling and greater white-fronted geese are considered rare for this location and required eBird documentation, which I submitted when I entered my checklist.

Interestingly, when I got back to Prescott later that afternoon, I made a quick stop at Watson Lake to see how much water was flowing through the cross-cut channel from Watson to Willow Lake. While there, I saw a single snow goose. This meant I had a four goose species day! I can’t help but think how remarkable it was to see four different goose species in Arizona, in one day.

In local birding news, our yard has been inundated with America robins this past week. While I don’t have a lot of berry-producing trees in my yard, I do have two water features, which makes my yard particularly inviting. Several neighbors near our home have Bradford pear trees. Both robins and cedar waxwings absolutely love the small fruit of the Bradford pear.

It seems as if the robins are proving one of my frequent birding observations — bird activity begats bird activity. As I watched countless robins vigorously bathing on the different levels that makeup my waterfall, with the water flying in every direction, the activity seemed to attract the attention of other bird species. Soon a host of other birds joined in the fray, including white-crowned sparrows, dark-eyed juncos, yellow-rumped warblers, lesser goldfinches and house finches, all bathing in the waterfall. What a sight to see.