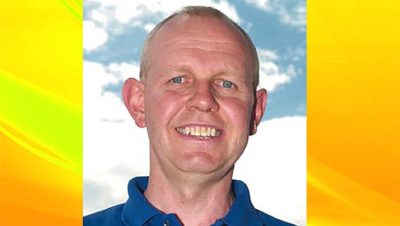 Last Wednesday was the Prescott Audubon Society’s annual Christmas Bird Count. For the last 20 years or so my assigned area has been Granite Basin, which is a large area geographically.

The boundary for my area begins at the intersection of Iron Springs and Granite Basin roads and continues to Granite Mtn. When I started birding at 7:30 a.m. it was only 15 degrees! Fortunately, the sun rose quickly and it turned out to be an absolutely beautiful day. In fact, it was one of the nicest weather days I can remember for the Christmas Count.

My strategy was to spend time in different habitats — in oak-chaparral, pinyon-juniper, ponderosa, riparian areas, and, of course, at Granite Basin Lake. I had a very fruitful, productive morning. I was racking up a good list of birds until I hit the midpoint of the day.

At around 1:30 p.m., I saw three mourning doves — my 40th species of the day. And then the day just died. I kept at it, though, walking and walking in the various habitats found throughout Granite Basin. It wasn’t until 4:58 p.m. before I added my next new species for the day, a Williamson sapsucker.

It was a long time to go without seeing anything new. I had 40 species in the first six hours, then it took me 3 1/2 hours before I saw my next new species. After seeing the sapsucker, I stayed down by the lake and waited for the red-winged blackbirds to arrive to roost in the cattails. They never came. I waited until 6 p.m. to hear the great horned owls call back and forth to one another. They never called.

It was a challenging day. I could have called it a day at 1:30, and would have only had one less species than I ended up with for the whole day! But, as you know, I am not one to quit or give up on a commitment. I stuck it out, all day and hiked more than nine miles.

Here are some observations from my experience. First, there were a lot of berry-eating birds in the basin. This included western bluebirds, American robins, hermit thrush, Townsend’s solitaire and even a phainopepla. Second, there were very few seed-eating birds. I only saw six white-crowned sparrows, two song sparrows and a handful of towhees. Third, this is not an irruptive year, where species not normally found here in winter are found in abundance.

There are years when some bird species ‘irrupt’ beyond their ‘normal’ range and occur in large numbers due to a food shortage where they would normally winter. I didn’t see any Cassin’s finches, red crossbills, evening grosbeaks, golden-crowned kinglets or brown creepers.

I think our poor monsoon season as well as the dry fall and winter we’ve experienced thus far, has created a situation where there is not an abundance of natural food sources available to birds. This is why we are experiencing a heavy concentration of birds at feeders this year. The lack of available food and water sources in nature is forcing birds to rely more heavily on human-provided food (and water) sources this winter.

In spite of a disappointing afternoon, I was delighted to add one species to my 2020 State list — a beautiful red-breasted sapsucker — bringing me to 298 species for the year. Two days later, I drove down to the Hassayampa River Preserve in Wickenburg and saw a rufous-backed robin, which put me at 299 species for the year. One more to go to hit my goal!

Wishing all of you a Merry Christmas, and until next week, Happy Birding!

Eric Moore is the owner of Jay’s Bird Barn, with two locations in northern Arizona —Prescott and Flagstaff. Eric has been an avid birder for over 50 years. If you have questions about wild birds that you would like discussed in future articles, email him at eric@jaysbirdbarn.com.