Birding in Brazil – Part I: Searching for needles in haystacks 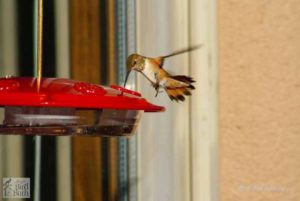 Greetings from Brazil! I am now on day six of my adventure. I left Prescott at 9 a.m. Wednesday, Aug. 31, and arrived in Rio de Janeiro on Thursday, Sept. 1, exactly 24 hours later. As the plane was making its final approach into Rio, I was already “birding” out the window, looking at large water birds in the bay below me.

I was met promptly at the airport, and we were quickly on our way. Our first destination was Hotel do Ype in the Itatiaia National Park, about three hours from Rio. Itatiaia is situated in a mountainous rain forest. (After I get home, I will post pictures from my trip on my website and on Facebook, but for now I would encourage you to visit www.hoteldoype.com.br to get a feeling for where I stayed.)

Little did I know how unprepared I was for this environment. For two years, I have been reading my son Merritt’s letters about how hot it is in Manaus, where he has been serving as a missionary. I assumed it would be warm where I was going. When I packed for Brazil I did not bring anything heavier than short-sleeved shirts. No jacket and no rain gear whatsoever. I quickly found out that it can be very cold in a rainforest. I was so cold that my whole body was shaking, and my teeth were chattering. Fortunately, our guide let me borrow some clothing, which made a huge difference.

When we arrived at the hotel, we were surrounded by beautiful, colorful birds. Off the deck of the dining room, there were several hummingbird feeders and a fruit feeder. The birds in this area are incredibly tame, and you can literally get within just 2 or 3 feet of them. The hummingbirds are much larger than the hummingbirds we see in Prescott, but they are just as aggressive. The fruit feeder was filled throughout the day with mangoes, papaya, watermelon and other local fruits with which I am not familiar. A variety of tanager species that are totally unlike the tanagers we see in North America were constantly coming and going at the fruit feeder, and many of them were also frequenting the hummingbird feeders. The beauty of South American tanagers far surpasses the beauty of the varieties we see in North America.

From the deck, we saw saffron toucans, green-billed toucans, scaly-headed parrots, red-capped parrots and reddish-bellied parakeets. To say that I was in awe and overcome with gratitude for this once-in-a-lifetime experience would be an understatement. It was difficult to take it all in. To think that just the day before I was in Prescott, and here I was the very next day seeing all of these amazing birds in this incredible habitat.

Once we were away from the hotel, I found out how difficult it is to birdwatch in a jungle environment. I have only birded outside of the United States once before – in Africa – and it was fairly open in Botswana and South Africa, making it possible to walk through any habitat and get close to the birds we were hearing or seeing in the distance.

It is not like that at all here. All birding is confined to roads and trails. If there is a bird in the distance, it is impossible to walk toward the bird to get a better look. The density of the habitat is such that it is not possible to leave the trail even a foot or two. In other words, finding birds in a jungle habitat is like finding a needle in a haystack – except in this case the needles are beautiful birds.