Birding in Brazil: Jaguars in the Pantanal 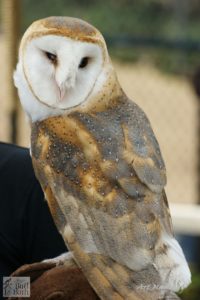 Arriving in the Pantanal was almost a spiritual experience – seeing so much wildlife moved me. At one point, we stopped at a shrinking pool of water that was teeming with wildlife. Caimans by the hundreds, and Capybara, herons, egrets, storks, ibis, stilts and jacanas were everywhere.

It is the middle of the dry season, and each day the pools of water get smaller and smaller, trapping thousands and thousands of fish, with no hope of escaping eventual capture. The surface of the water is in constant motion as scores of fish surface every second in an attempt to get some fresh oxygen. What amazed me most was the close proximity of prey and predator. Even though there were hundreds of caimans concentrated in this small area, birds and Capybara co-existed within feet of them.

Check out www.potojofre.com.br., which is where we stayed for two nights. This lodge caters primarily to fishermen, but also to birders and those seeking an opportunity to catch a rare glimpse of jaguars. Our second day was spent on the river, looking for birds and jaguar.

All of the boat pilots carry small hand-held radios. If they spot a jaguar, they get on their radio and broadcast the location to other pilots. The first call that came in reported a jaguar about 20 minutes down river. Our pilot quickly navigated the distance, but by the time we arrived, there was no jaguar to be found. I had this sinking feeling that perhaps not only would we strike out on the harpy eagle, but maybe on the jaguar as well.

A short time later, the radio came to life with another jaguar sighting. Our pilot took us directly to the location – which was already crowded with boats. There was a jaguar up on the banking, in the shade. It was difficult to see, and truthfully, not too exciting of an experience.

After a period of time, it was as though we were just looking at a caged jaguar at the zoo, as the jaguar just lay there sleeping away the day. Not to sound ungrateful, but it wasn’t the thrilling, chills-down-your-spine-experience you might envision having when you see a jaguar in the wild. I was actually glad when we pulled away from the throngs of boats crowding the banking.

At dusk, as we were going back up river, we saw a boat near the banking, so we inquired if they were seeing a jaguar. They were, and pointed out its loca-

tion, and then left – leaving us to eventually see not one, but two jaguars, a male and a female. As daylight dimmed, the pair started to stir. They stretched, rolled over and yawned. It was like watching large housecats.

Apparently, it is mating season, and the female was in heat. The big male (these cats are MUCH larger than our mountain lions, weighing in at about 350 pounds!) started making approaches to the female. We were only about 20 yards from the banking – getting amazing views and hearing their interactions. Throughout the whole experience, I was snapping pictures and taking video.

The pair, female in the lead, worked their way upstream along the banking of the river. We moved upstream, too, trying to stay parallel to them. Eventually they made their way to a sand bank at the edge of the river where the female allowed the male to mount her briefly. It was such an amazing experience to witness jaguars in the wild – this was truly a thrilling, spine-tingling experience not to be forgotten.