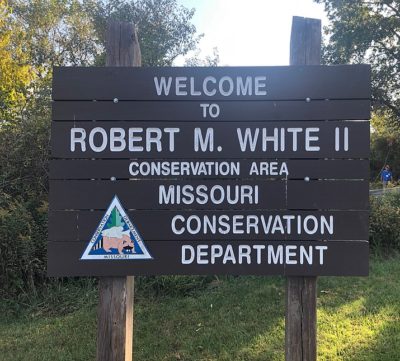 Last week I spent several days attending the Wild Bird Expo trade show in Mexico, Missouri. This annual event allows me to shop for the stores, visit with fellow store owners, and talk to manufacturers and vendors of wild bird products.

The drive from St. Louis to Mexico is over one hundred miles, and most years I take the opportunity to bird watch along the way. This year, however, I consciously made the decision to leave my binoculars at home and devote my time and energy to the show.

After arriving safely in Mexico, I called my wife to let her know I had arrived. She asked if I had been bird watching. I told her I hadn’t even brought my binoculars with me, and she immediately asked, in all seriousness, “Are you feeling okay?”

I have to admit, though, my resolve to focus on the show didn’t last long—the lure of birding got to me. Vortex Optics was one of the vendors at the expo and they had a table full of binoculars on display. I am personal friends with the Vortex sales rep, so I asked if I could borrow a pair of binoculars, and before I could say ‘bird watching’ I was out birding!

I participated in a guided bird walk one morning that was offered as part of the expo. The two guides were both excellent birders; however, the birds were not very cooperative. Due to high winds and high temperatures, there were very few birds stirring.

On my trip, I encountered hundreds of migrating chimney swifts. This is a species we don’t get here in Prescott. The swift species we see here in summer is the white-throated swift. Swifts, as their name implies, fly very swiftly on long, thin, stiff wings.

Swifts are similar to swallows in the sense that they feed in continuous flight, using their superior speed and maneuverability to catch flying insects on the wing. This feeding behavior is referred to as aerial gleaning. The best way to describe their flight would be to say they fly like a bat on steroids.

This is the second time I have enjoyed birding in Missouri this year. Back in June, I was in Kansas City and enjoyed spring birds, including neo-tropical migratory birds such as Baltimore and orchard orioles and indigo buntings showing off their colors and singing on their breeding grounds.

Birding in October is a completely different ballgame. Most of the migratory birds are gone, and bird species that winter-over are in non-breeding plumage and they aren’t singing very much this time of year which makes it harder to find them.

I did see a few lingering migrants such as a black-throated green warbler and a palm warbler. It is always nice to catch a glimpse of eastern species that I only see when I get east of the Rockies, such as eastern towhee and gray catbird.

Back in Prescott I have noticed that the sudden onset of fall weather has brought in our fall birds. In my yard I am seeing a lot of winter residents, such as yellow-rumped warblers, ruby-crowned kinglet, white-crowned and chipping sparrows as well as dark-eyed junco. Seed and suet consumption is definitely picking up now with these winter arrivals and the colder temperatures.

I invite you to come and vote for your favorite pictures in our tenth annual wild bird photo contest exhibit. The event is free and open to the public Monday through Saturday 8:30 a.m. to 5:30 p.m. I hope you will come see the beautiful selection of photographs submitted by our customers.