Birding: A variety of different hummingbird species occur in Prescott 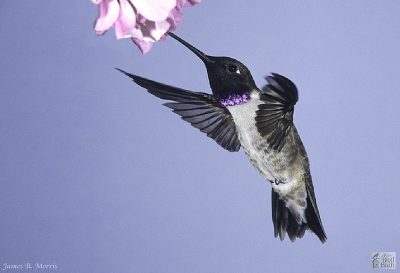 Arizona has the reputation for the greatest variety of hummingbird species in North America, although Texas would dispute this fact. The majority of Arizona’s hummingbird species occur close to the Mexico border; the further north you go, the fewer the varieties.

Here is a rundown on the various hummingbirds that have been observed in Prescott. I referenced the “Birds of Prescott, Arizona” checklist by Dr. Carl Tomoff to put together this species list.

Our most common variety, and our most vocal. Males sing from a high, open-exposed perch. This is the only species that occasionally winters over in the Arizona Central Highlands. On cold winter nights they have the ability to go into a state of semi-hibernation — called torpor — to conserve energy. Weighs 4.4 grams.

Probably our second most common hummingbird species, but it does not winter over. This species arrives in the March to April timeframe, and is usually gone by September. Weighs only 3.3 grams.

This species is considered a transient — it neither winters nor summers in Prescott but passes through quickly in the spring on its way north, then reappears around the last week of June, and leaves in mid-October. This species is notorious for being very aggressive at backyard nectar feeders — chasing away every other hummingbird that even comes close to “its” feeders. Winters in Mexico and Central America, and breeds as far north as Alaska. Weighs 3.4 grams.

Arrives in early spring, and breeds at higher elevations, typically in ponderosa pine habitat up to fir and quaking aspen. Observed in Prescott as a migrant and is a breeder at the higher elevations surrounding Prescott such as Walker and Groom Creek. Males in flight produce a high-pitched sound with their wings that is very distinctive. Weighs 3.6 grams.

Uncommon in Prescott, more likely to be found in a Sonoran Desert habitat. Occasionally shows up in Prescott as a result of post-breeding dispersal where they occur outside their normal range for short periods of time. Weighs 3.1 grams.

Very uncommon in Prescott. Abundant in southern Arizona, but occasionally wanders into the Central Highlands area during post-breed dispersal. In the 30 years I’ve lived in Prescott, I’ve only ever had one in my yard. Weighs 3.7 grams.

Another transient species — passing through Prescott in spring on its northbound migration, then again in late summer as it is moving south for the winter. Our smallest hummingbird in this area, weighing only 2.7 grams! It would take 10 Calliope hummingbirds to weight one ounce. To put that in perspective, based on weight, you could mail ten Calliope hummingbirds with a single first-class postage stamp. That is mind boggling!

Other hummingbirds that have been documented in the Prescott area include Berylline, Violet-crowned, Blue-throated and Rivoli’s hummingbird. Most of these are listed as “accidental,” meaning there have been five or fewer sightings over the last 40 years! This adds up to 11 different hummingbird species in Prescott — which is impressive.

Birding tip of the week: Be on the lookout for spring arrivals, including black-headed grosbeaks, lazuli buntings, brown-headed cowbirds, green-tailed towhees and other migratory songbirds. If you see anything rare, please call the store to report your sighting.

This week is the Verde Valley Birding and Nature Festival — Jay’s will be attending as a vendor. I’m looking forward to birding at Dead Horse Ranch State Park.

Eric Moore is the owner of Jay’s Bird Barn in Prescott, Arizona. He has been an avid birder for over 50 years. If you have questions about wild birds that you would like discussed in future articles, email him at eric@jaysbirdbarn.com.