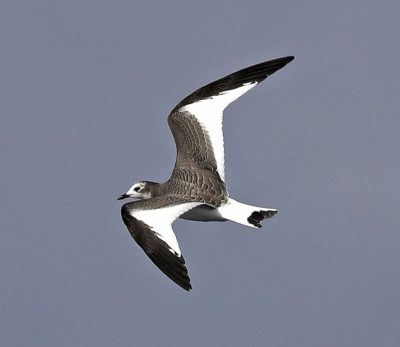 This past week I have spent time birding out by the airport, at Willow Lake, in Watson Woods, and twice at Watson Lake. The variety of birds I have seen has been fantastic—from wood ducks to common yellowthroats and flocks of yellow-headed blackbirds.

About three weeks ago, I led a Jay’s Bird Barn bird walk to Willow Lake. Going back two weeks later provided an interesting comparison. I saw a change in both the variety of birds at the lake as well as the quantity of birds.

Two weeks ago we saw two peregrine falcons engaged in a mid-air squabble. We saw several sora rails—a bird that is typically very difficult to see—in plain sight! We saw a small flock of white-faced ibis, a common black hawk, a black-crowned night heron, a loggerhead shrike, a common merganser, and a Vaux’s swift. It was a really good birding day.

This past week we didn’t see any of those species. Not one of them. There were far more waterfowl on the lake, including mallards, gadwalls, ruddy ducks, shovelers, both pied-billed and eared grebe and probably over 1,000 American coots. We saw several great egrets and double-crested cormorants and out in the cattails we saw yellow-headed blackbirds. We also saw a northern harrier, a type of hawk that prefers shallow lakes and marshy areas.

When I was at Watson Lake this past weekend, I saw wood ducks, a belted kingfisher, a juvenile black-crowned night heron, a northern harrier, and, for the second week in a row, an osprey. Ospreys are never common in this area, so it was interesting to see one two weeks in a row at the same location.

My most recent trip to Watson Lake came about as a result of a rare bird alert email I received late in the day on Monday of this week. A rare Sabine’s gull was reported. This is a species I had never seen before. I was bound and determined to see it, in order to add it to my life list.

I raced over to Watson Lake and worked really hard to find it, but once I did I was able to track it for about an hour. When it was resting on the water, it was a fairly unimpressive gull. However, the minute it took flight, it was so obvious that it was a Sabine’s gull. In flight it has an especially beautiful and striking bold pattern of black and white feathers in its wings.

On my iPhone, I use an app called iBird Pro. It has illustrations, photographs, general information about each species, range maps, and even vocalizations to which one can listen. To give you an idea of how unusual it is for this species to be here, this is what it says in the app about this bird’s range: “Breeds on coastal wet tundra in the arctic, including northern and western Canada, arctic Canada, northern Greenland and across northern Siberia.” Continuing, “Outside of breeding season it is essentially pelagic (ocean going), found in the eastern Pacific between southern Baja California and central Chile.”

Now you understand why it was such a thrill to see!

A final reminder that tomorrow, Friday, Sept. 30, is the last day to submit pictures for the eighth Annual Jay’s Bird Barn Wild Bird Photography Contest. The free exhibit opens to the public on Saturday, Oct. 1. I invite you to come and vote for your favorite pictures during the month of October during our Fall Seed Sale event.