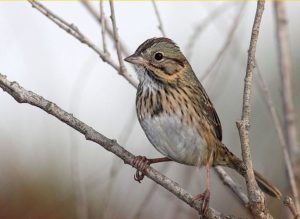 I spent four days at the Verde Valley Birding and Nature Festival this past week, held at Dead Horse Ranch State Park. If you haven’t visited this park, I highly recommend it—for bird watching, fishing, kayaking, hiking and relaxation.

On three consecutive mornings, I was the “Armchair Birding” leader. Just a short distance from the registration and vendor tents, there is an area with seed, suet and nectar feeders where one can sit and watch the birds coming and going.

There were four regular seed feeders, two nyjer/thistle feeders, two suet feeders, two hummingbird feeders and one water feeder. Volunteers at the park have been filling the feeders over the last few months in preparation for the birding festival—and it paid off, as the bird activity at the feeders was brisk.

Each day we observed an interesting mix of birds. Some species were seen all three days, while other species were seen only on one day and not the other two days. Spring is a dynamic time of year for wild birds, and a time of great change from one day to the next. Winter residents are leaving, transient migratory birds are passing through and summer breeders are arriving.

Examples of winter birds that hadn’t left yet included white-crowned sparrows, chipping sparrows and pine siskins. Interestingly, we saw pine siskins on both Thursday and Friday, but on Saturday there were none to be found. Had they finally moved on?

Transient species included lazuli buntings and American goldfinches. Most years there are flocks of lazuli buntings during the festival. However, this past week I saw only one on Thursday, two on Friday and a handful on Saturday. It appears they are just arriving, so their numbers should continue to grow over the next several weeks. We didn’t see any American goldfinches on Thursday or Friday, but we saw one on Saturday. How long it would stay before continuing its northward migration is anybody’s guess.

Armchair Birding area—perhaps it was just a tad too early for them.

One day I spotted a California king snake crossing the trail, so I caught it to show it to the group of birders. However, I didn’t get a good grip and it managed to bite me to the point that it drew blood. It wasn’t the first time, nor will it probably be the last time this happens to me! I admit that I do love snakes. Within a minute or two, I released it back in the spot where I found it and we were both happy!

On Monday of this week, when I got home from work, I went straight to the window that overlooks the bird feeding area in our backyard to see what was there. To my delight, I saw a Lincoln’s Sparrow—the first one I have seen in my yard this year. This is another example of a migratory bird species stopping over briefly to refuel before continuing on.

As a reminder, this Saturday, April 30, the Highlands Center for Natural History will be hosting its annual Native Plant Sale from 8:30 a.m. to 2 p.m. For more information, visit their website at www.highlandscenter.org.