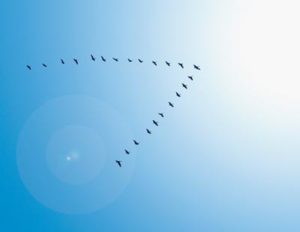 Spring migration is in full swing with varieties of birds coming and going on a daily basis. If someone were to ask me, “Where is the best place in Prescott to witness the ever-changing landscape of migration,” I would recommend visiting Willow Lake.

Reports of migratory birds at Willow Lake this past week include a cattle egret in full breeding plumage, a marbled godwit, an American white pelican, semipalmated plovers and several Virginia’s rail at Watson Lake.

I stopped by Willow Lake last Friday to do some bird watching and had a little success in finding some of the birds that had been reported, but missed out on others that had already left. I was really hoping to see the cattle egret and the marbled godwit, but didn’t find either of them.

The water level at Willow Lake is so low right now, that migratory birds are taking advantage of both the north shore and the south shore for foraging. I frequently access the lake from the south side – off Willow Lake Road – but it is a good idea to check out the birds in the northwest corner of the lake as well.

On this particular day, I accessed the lake from the north shore near the Heritage Park Zoological Society. I observed several migratory birds in the chaparral habitat bordering the lake, including green-tailed towhees, a single white-crowned sparrow (which is late in leaving) and several beautiful Bullock’s orioles.

In the shallow water, I was able to see white-faced ibis, a flock of ring-billed gulls, a Franklin’s gull, least sandpipers and a pair of semipalmated plovers, which look like a smaller version of a killdeer.

I was pleasantly surprised to see all three teal species found in the Prescott area – green-winged, blue-winged and cinnamon, along with a good variety of ducks.

At our home this past weekend, our bird feeding area was finally discovered by both black-headed grosbeaks and lazuli buntings. We have also had a lot of chipping sparrows in our yard over the last week.

Earlier this week, my wife and I spent several days birding in southeastern Arizona in and around Sierra Vista. Today we were out in the field for over fifteen hours. Birding is not only a passion. Sometimes it is an obsession – especially when you are in a new place where you have the opportunity to see birds you don’t normally see where you live.

The winds were brutal today, with gusts exceeding 50 miles per hour, which made bird watching very challenging. In spite of the wind, we saw over one hundred species. I have not seen any new birds for my life list, but I have added a lot of birds to my 2014 state list.

We have spent time birding in the San Pedro River National Conservation Area and in the Huachuca Mountains – visiting Ramsey Canyon, Miller Canyon, Ash Canyon and Brown Canyon. Highlights include seeing a northern goshawk on its nest and finding a Mexican spotted owl.

This Saturday I will be participating in the Migratory Bird Day celebration hosted by the Highlands Center for Natural History. A full slate of activities is planned throughout the day from bird walks to bird talks and birds of prey on display. Visit the Highlands Center website at www.highlandscenter.org for more information. I hope to see you there!