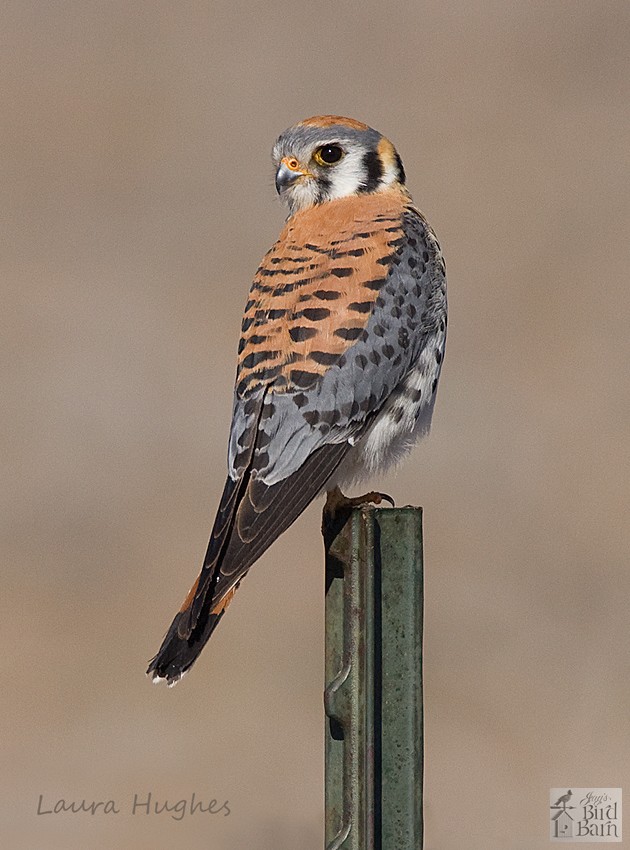 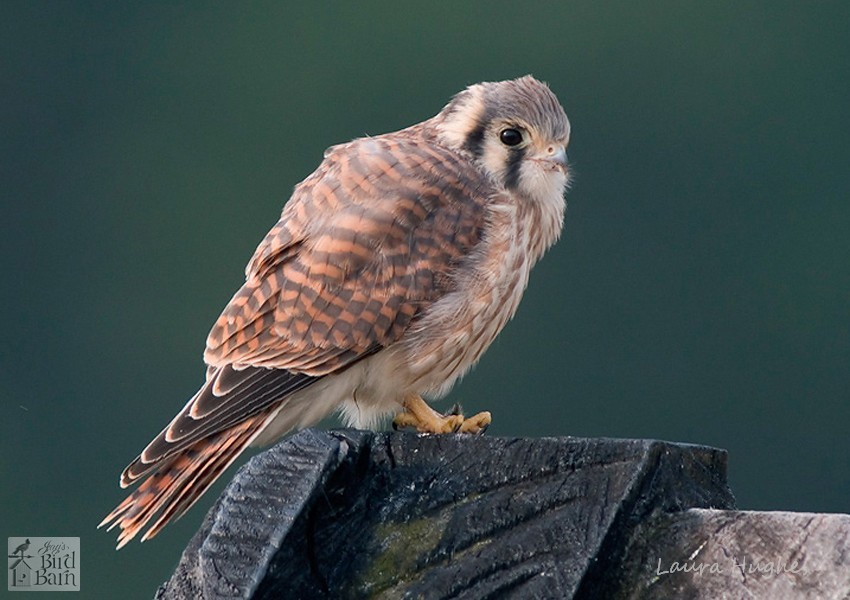 Plumage / Description:  Male plumage is a combination of  several beautiful colors and distinctive markings.  The tail and back is a rich rufous color with horizontal black streaks on the back.  Wings are a slate blue/gray color.  Breast is creamy buff color and the belly is spotted.  Two bold black stripes run vertically down the sides of the head.  Female plumage is more uniform overall with wings, tail and black similarly colored a rufous color.  The markings on the head are not
as bold as in males.

Time of year:  A year-round resident.

Behavior:  A bird of prey.  Frequently seen hovering briefly before pouncing on prey.  Usually perches on telephone wires and poles, hunts from an open, exposed perch.