From aerial foraging to foliage gleaning: How birds eat insects 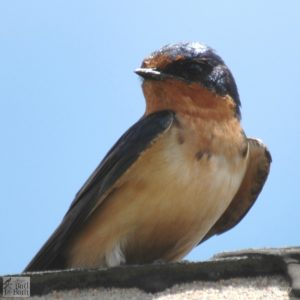 Today’s column marks the ninth anniversary of my writing a weekly column for The Daily Courier! Who knew there would be enough information about wild birds to write a new column every week!

The rain this past week was certainly good, in the long run, for all of our feathered friends. I’m not sure how much the birds were appreciating the rain, as they were really hunkered down much of the time. From last Thursday through Monday afternoon’s sudden snowstorm, we received about 2.5 inches of precipitation at our home, which is just off Rosser in the Prescott Heights area.

In previous columns, I have mentioned from time to time the rare bird reporting that occurs among avid birders in the Prescott area. When knowledgeable birders are out in the field and discover a rare bird, they will send out an email notifying other birders of their discovery, giving others the opportunity to go see the bird themselves.

Earlier this week there was a report that just really floored me – two tree swallows were observed flying over the south shore of Willow Lake. A swallow in summer would not be rare, but swallows in January are really rare.

Swallows are insect-eaters, catching bugs on the wing with their wide, gaping mouths. This method of gathering food is referred to as aerial foraging. Swallows hunt for food in continuous, sustained flight, swooping this way and that way, almost bat-like in behavior as they snatch flying insects out of the air. It is surprising to have swallows returning so early, as there are very few flying insects to be found this time of year. I am curious how they will find sufficient food to meet their metabolic needs.

Another rare bird sighting this week at Willow Lake was three neotropic cormorants. Last year there were a good number of them at Fain Lake in Prescott Valley. I will be leading a bird walk at Fain Park this Saturday, Feb. 2. (There are still openings, call the store to sign up). The more common cormorant species that we see here is the Double-crested Cormorant. They breed each year in a rookery on the west side of Willow Lake.

There is also one Ross’ goose at Willow Lake, along with several snow geese and tundra swans as well. If you are working on a bird list, now is a good time to get out to the lake to see some of these species before they head north. All three of these species summer in the Artic regions of North America. Now if I could only get a snowy owl to come this far south -that would definitely be a life bird for me!

A quick reminder, if you are willing to host a group of birders for the Great Backyard Bird Count, please call the store at 443-5900, and let me know. The dates for the Great Backyard Bird Count bird walks are Friday, Feb. 15, Saturday the 16, and Monday the 18. If you are a birder wanting to participate in one of the bird walks, please call the store to sign up, as each group is limited to twelve individuals.