Adaptability of birds is impressive 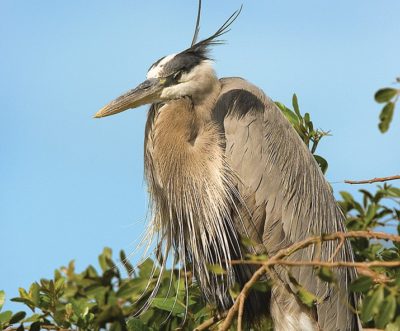 Recently, one of our sons and his family moved to Mesa, so now we have an excuse to go down to the valley on a regular basis to spend time with some of our granddaughters.

We spent Friday and Saturday this past weekend there, and I managed to squeeze in some birding at three very different locations—the Riparian Preserve at Water Ranch (better known as the Gilbert Water Ranch), Usery Mountain Regional Park, and Encanto Park. The weather was perfect, and the air quality was equally perfect!

Gilbert Water Ranch is definitely one of my favorite places to bird watch down in the valley. This one hundred and ten acre facility was developed by the City of Gilbert as a groundwater recharge facility. There are seven ponds separated by excellent trails bordered by varying habitats representing different parts of Arizona.

A leisurely walk on the trails allows one to view a variety of desert birds—such as Abert’s towhee, Gila woodpecker, Gambel’s quail and blue-gray gnatcatchers—as well as thousands of water birds attracted to the ponds. In winter, the ponds support a wide variety of birds, such as herons, egrets, cormorants, dowitchers, stilts, avocets, and sandpipers. In the short time I birded there, I saw fifty different species!

Usery Mountain Regional Park is owned and operated by the Maricopa County Parks and Recreation Department. Located north of Mesa, the ‘park’ is more like a nature preserve with a natural, undisturbed Sonoran Desert habitat, home to huge sahuaros, giant chollas and a mixture of trees and shrubs indigenous to the Sonoran Desert.

I love spending time in the Sonoran Desert. I grew in Tucson, and this is the habitat I spent my childhood and teenage years in. This natural habitat supports native wild bird species such as our state bird, the cactus wren, as well as curve-billed thrashers, phainopepla, gilded flicker and both Anna’s and Costa’s hummingbirds.

Encanto Park is very different from Usery Park. It is a highly-developed, heavily-used city park near central Phoenix. It has an amusement park, a golf course, a swimming pool, and an area for paddle boats. In every way, it is an urban park—bearing no resemblance to what the area originally looked like prior to development.

One of the things that struck me was the difference in bird life found at each of these locations. Gilbert Water Ranch had a good mixture of both native and non-native species. In Usery Park, I saw almost exclusively native species, and at Encanto Park there were mostly non-native species.

I am fascinated by the adaptability of wild birds. Some native species—in spite of wholesale changes to the environment—are able to keep a toe-hold in disturbed areas and somehow survive. For example, as I pulled into the parking lot at Encanto Park, before even getting out of the car, I saw a classic Sonoran Desert species—Harris’ hawk. There were three Harris’ hawks right by the parking lot, each one perched on a different wooden pole in the golf course driving range area!

Ironically, as I got out of the car, the next species I observed was the rosy-faced lovebird –which is as exotic and non-native a species as you can get! The rosy-faced lovebird is originally from the Namib Desert in southwestern Africa; yet these two very different bird species were sharing the same urban habitat, eking out an existence.

I invite you to attend the free monthly membership meeting of the Prescott Audubon society tonight, Thursday, Jan 24th, at 7:00 p.m., at Trinity Presbyterian Church. Prescott resident, Steve Morgan, will be performing a Chautauqua, playing the part of Aldo Leopold. I hope you can make it!